Are You Guys Sick of My Dog Yet? 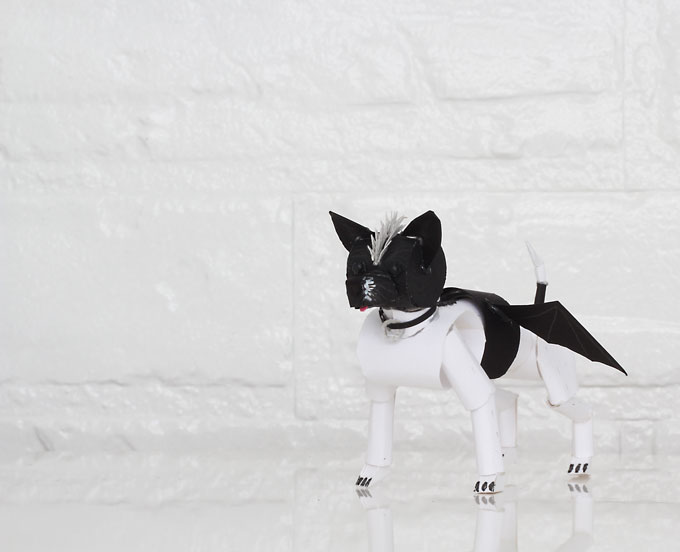 I swear this will be the last post about my dog for a while. And really, it’s not so much about my dog as it is about Mike D.

To fully understand the colossal aberration of what I am about to show you, you must know one thing.

I’m not joking. One year he gave me a dish drainer for Christmas.   Another year he gave me a t-shirt (three sizes too small) that said PUNK BITCH. And once, for my birthday, he got me the ultimate homerball – a gas outdoor grill.  Since then I have strongly encouraged Mike D to shop strictly from my Amazon list.

I know, I know, he is a great husband. He cleans the kitty litter. He always pumps the gas and takes out the garbage. He listens to me complain about everything. He builds Celia a blanket fort every morning. Why? Because he is a goddamn treasure. HE IS THE BEST. Except at buying gifts, in which he is the worst.

Cut to Valentine’s Day 2013. Mike D presented me with a little box.

I prepared my best don’t-look-disappointed-face as I apprehensively peeled open the box.

Lo and behold,  there was no pink bunny suit. There was no homerball. There was no PEN.  In fact this box contained the most glorious gift an obsessed-pet-mom could ever ask for. 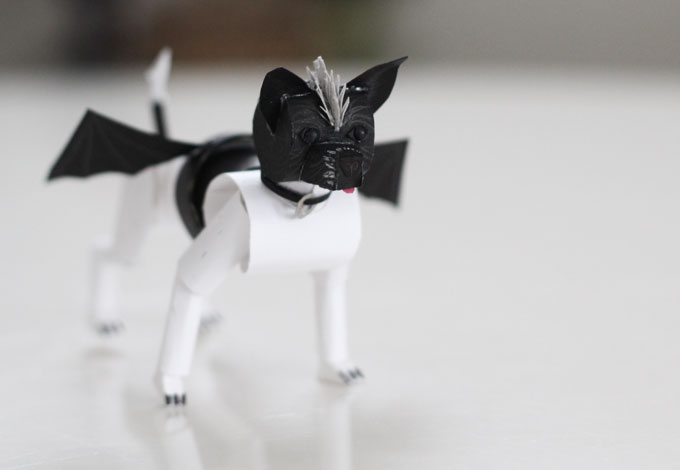 IS IT NOT THE CUTEST THING YOU HAVE EVER SEEN AND OMG I ALMOST DIED. 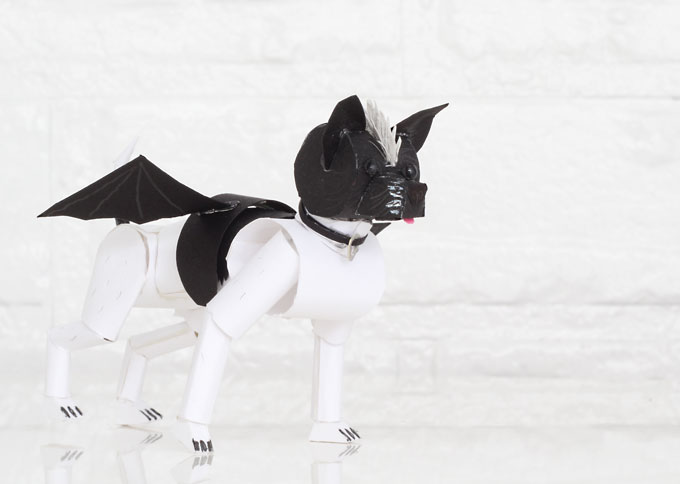 IT has REMOVABLE BAT WINGS. 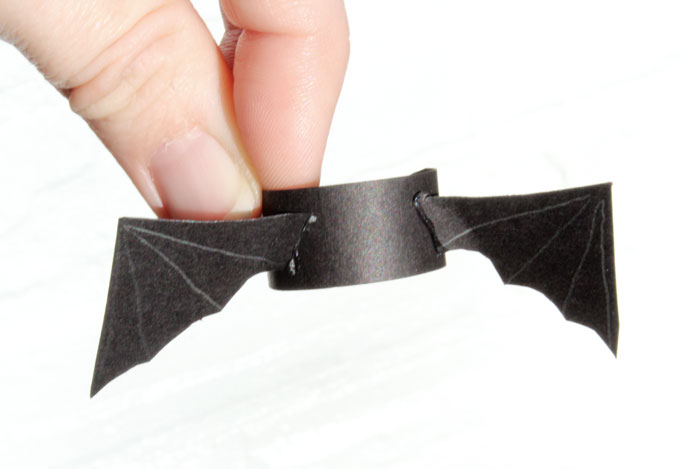 The bat wings were such a good touch!  We dressed her in bat wings for Halloween and often refer to her as bat-face.  I mean, the likeness is uncanny, right? 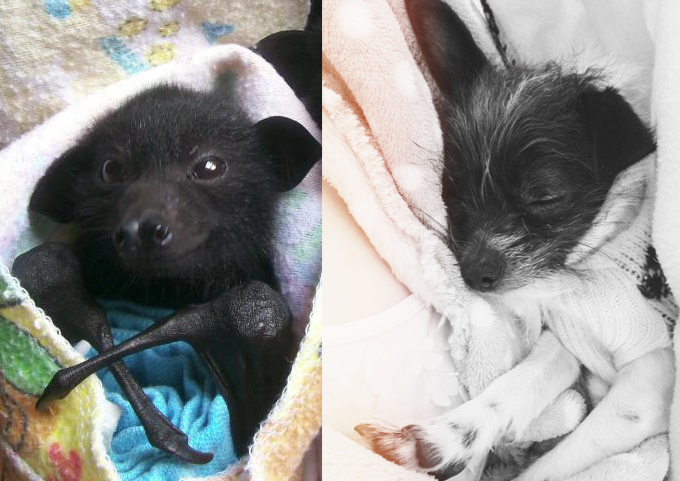 The action figure was made entirely of paper by our talented friend Austin Shyu of AusGerCo.  From the white mohawk on top of her head, to the little white hairs around her nose, and the black spots on her back and tail,  it is PERFECT.  My photos don’t do it justice. 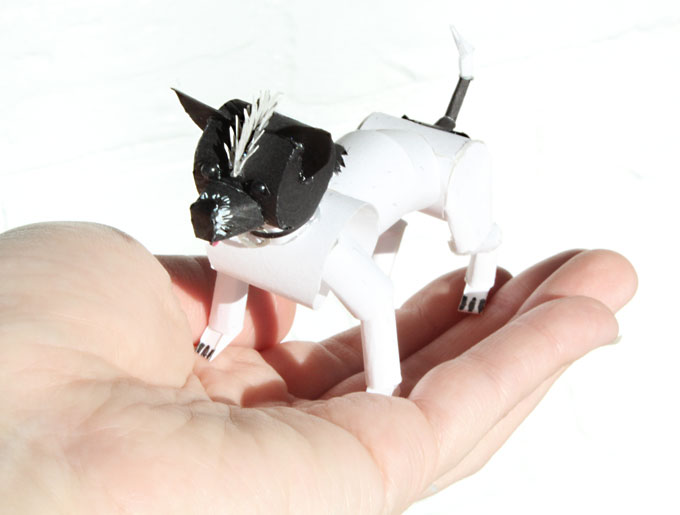 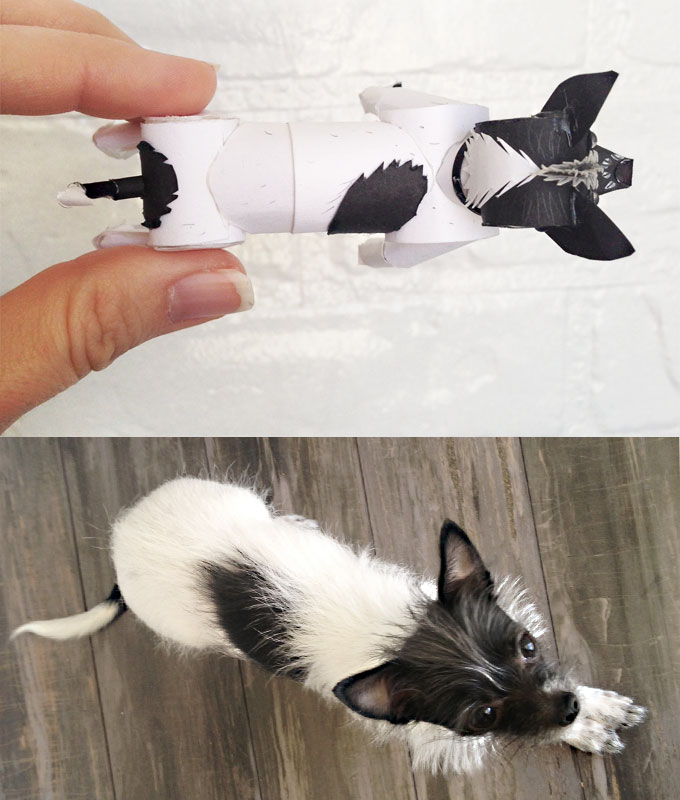 When I picture Mike D wrestling with Eleanor to photograph her at each angle so he could capture every detail for Austin, it makes my heart explode.

From now until the end of time, Mike D shall be known as The Husband Who Once Gave The Best Present in the History of the World. 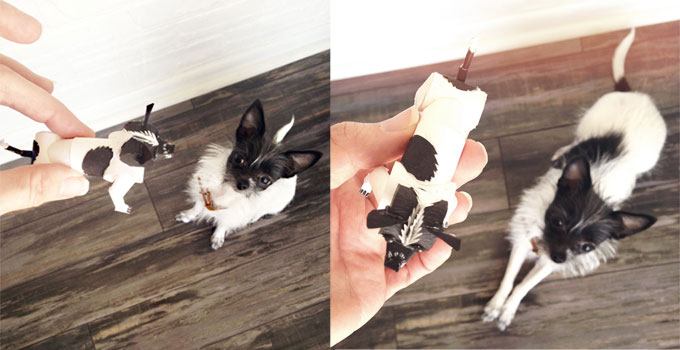 You guys should all be requesting custom action figures from AusGerCo before he becomes super famous.  He can do anything – comic book characters, kids, animals, you name it. He even crafted the likeness of Conan.