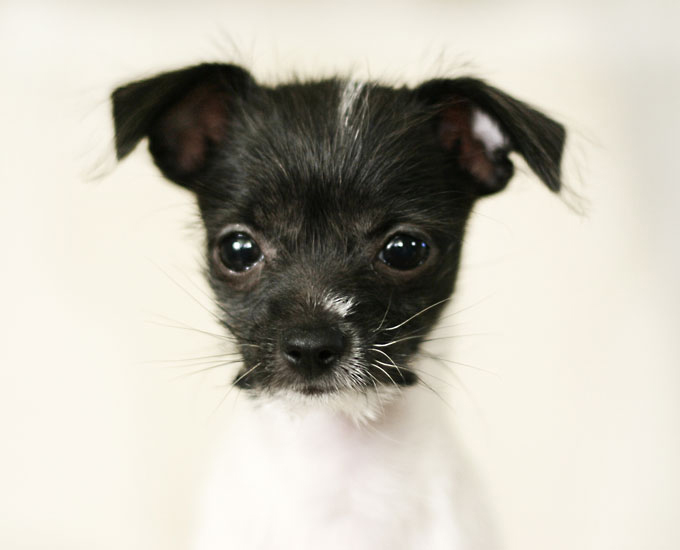 I can hardly believe it, but Miss Eleanor Rigby is now one year old.

THEY GROW UP SO FAST. 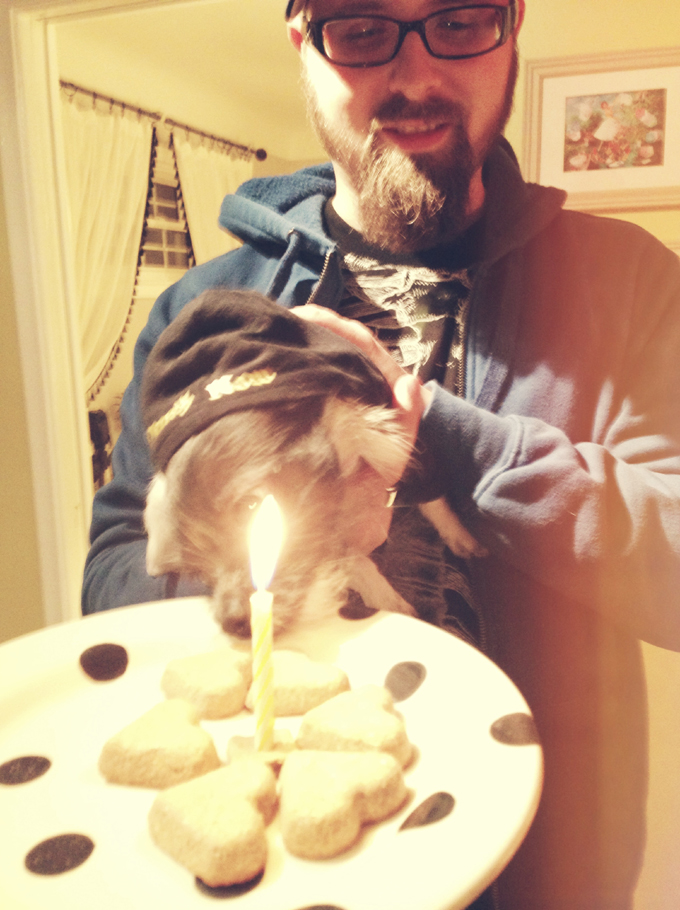 Eleanor weighed only two pounds when we brought her home, but still managed to turned our world inside out. She’s been a demanding and challenging puppy, but also hilarious, intelligent, sensitive, curious, and so loveable. She’s an innocent little soul and can convey so much emotion with her little bearded face. 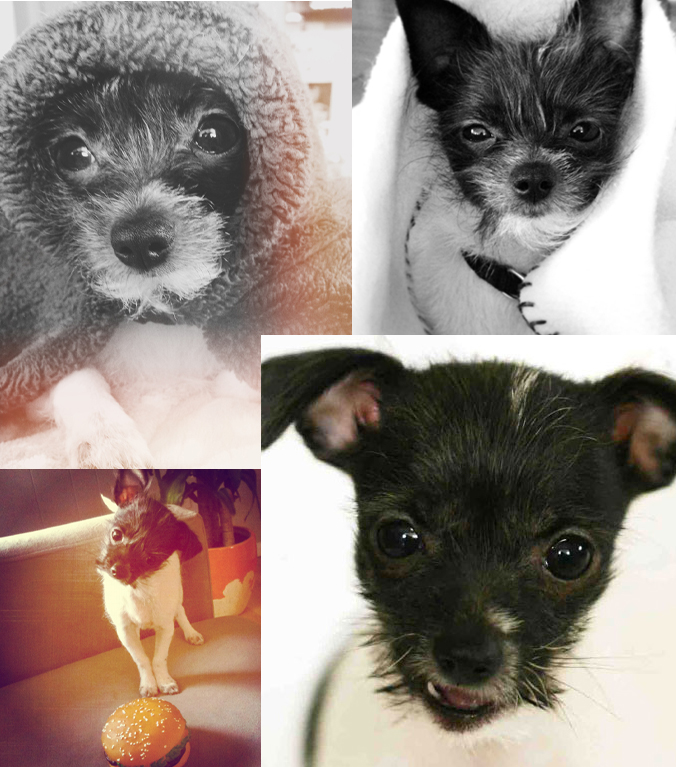 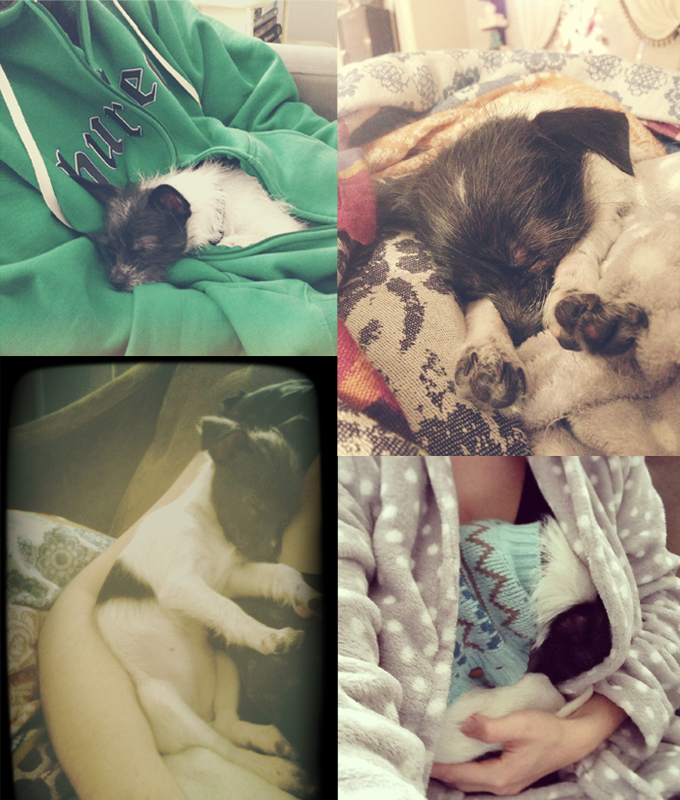 We taught her how to sit, lay down, drop it (hello napkins and mail!) and go to her crate & mat on demand. Coming when called is a different story. Let’s just say Mike D and I have become highly skilled at tag teaming a very swift chihuahua.

She’s a tidy little pup, and wipes her feet on the mat when she comes in from outside. She grooms herself like a cat, and her paws often smell like fritos? Such a mystery. 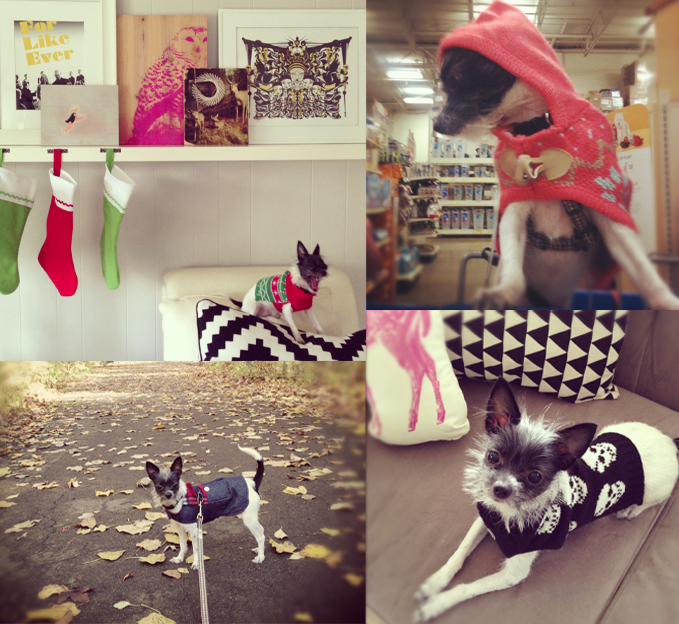 Yet she is also very gangsta. 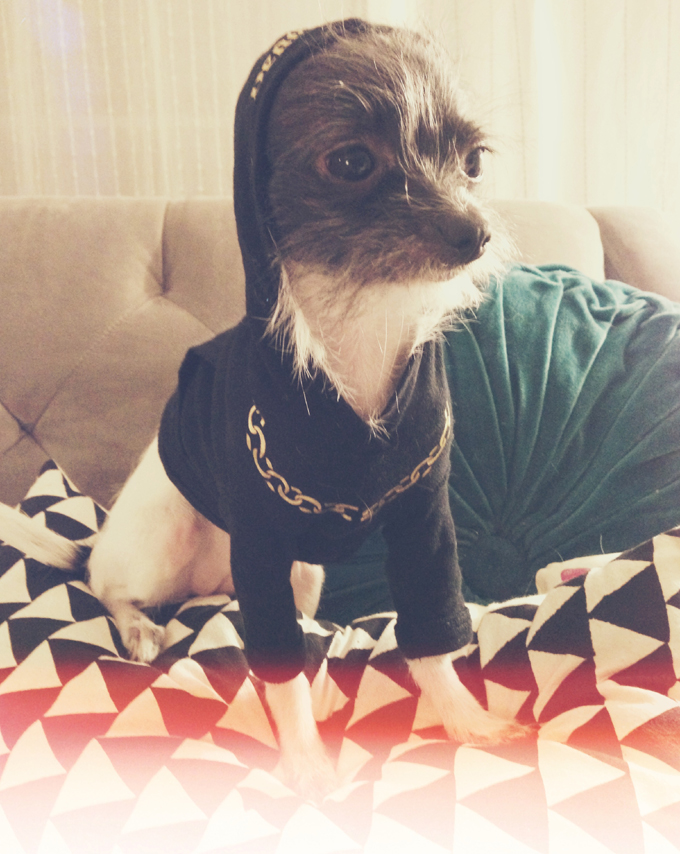 She once ate a very important old newspaper, so don’t think she’s not well read. 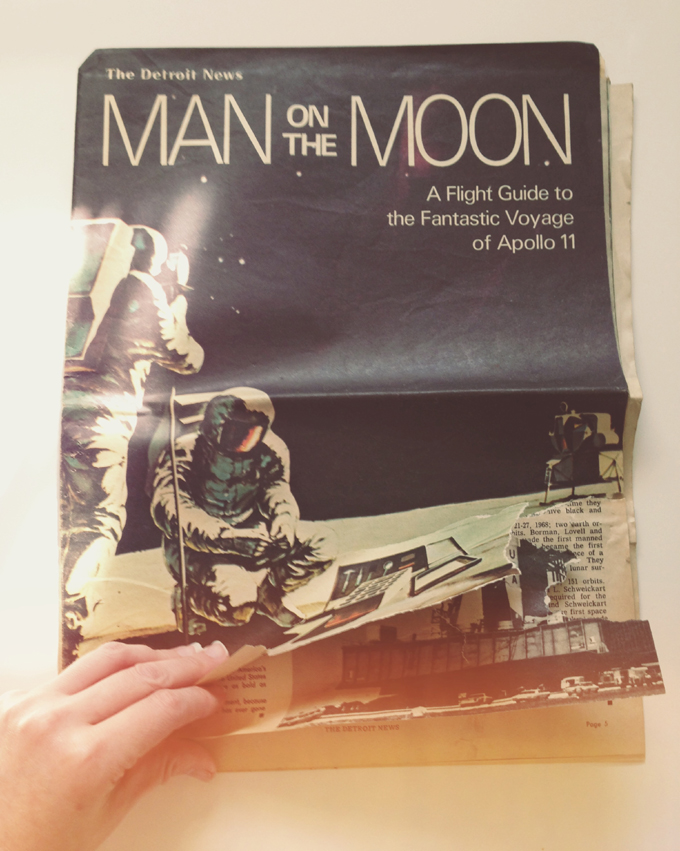 Oh you know, just an original insert from the Detroit News in 1969 about the U.S. landing on the moon. No big deal. Hope it tasted good.

She & Celia are slowly learning to coexist peacefully due to my intense couple’s therapy sessions. We focus mainly on trust issues and how to not be an asshole to each other. 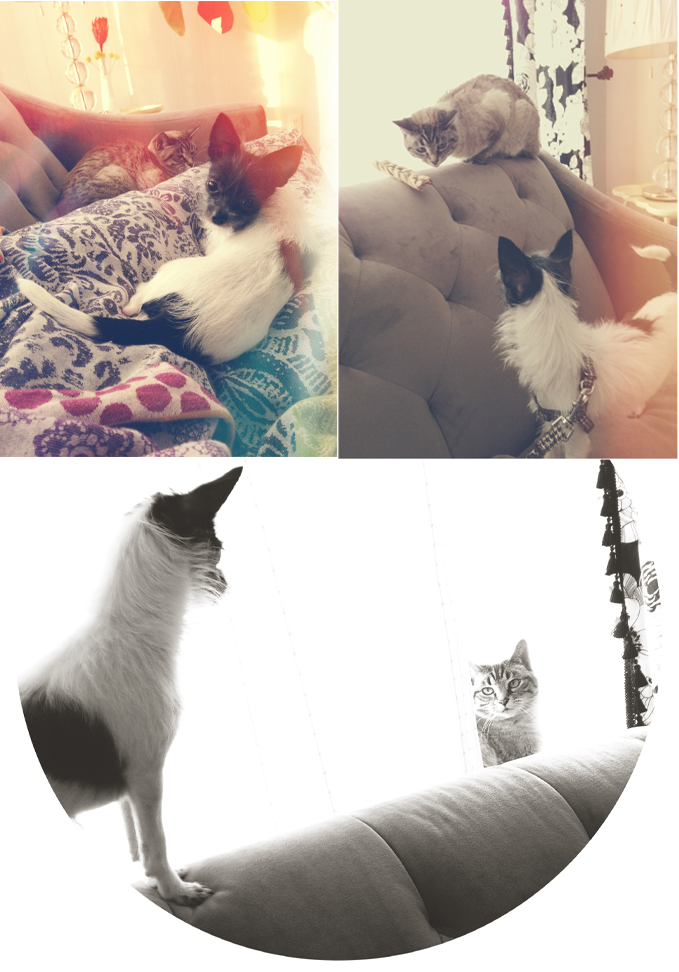 And guys, I’m not normally so sappy, but humor me with this one.

A few weeks ago on a lazy Friday night, Mike D and I snuggled up on the couch for a movie. Eleanor jumped onto my lap, burrowed herself under the blanket and drifted off to sleep. Moments later, Celia tentatively and carefully climbed onto Mike D’s lap, curled into a ball and purred herself to sleep. Now. This is a rare occasion for both animals to lay next to each other, so as you can imagine, Mike D and I were doing a lot of whisper OMG’s and excitedly (but quietly) gesturing back and forth between them. Then out of nowhere I pretty much lost my shit. My heart nearly imploded from all the love that was on that couch. It may seem silly considering this family of four is 50% four legged, but they bring me so much happiness.

HASHTAG I LOVE THESE GOOFBALLS.

Posted on February 13, 2013 by Tracey
This entry was posted in Life and tagged celia, eleanor rigby. Bookmark the permalink.