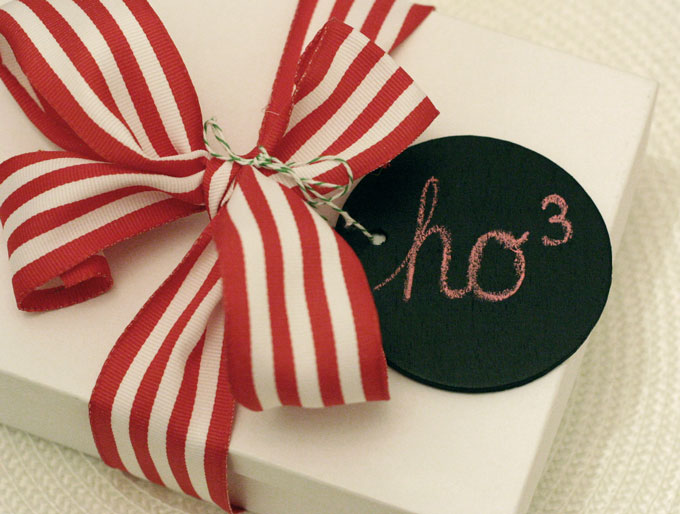 Thanksgiving is my least favorite holiday. I don’t like turkey, stuffing, football, cooking, or being thankful (just kidding).  But you know what I do like?  Time off work!  Woot.

Over the long holiday weekend, I watched the entire 7th season of Weeds and the entire 3rd season of Bored to Death because Uverse gave us a free cable preview.  I will NEVER say no to free cable.  Or Jason Schwartzman.  During this 10 hour cable marathon, I became horribly drunk because I made up a drinking game which required me to do a shot of Wild Turkey every time someone said “weed” or “pot”.  I do have some holiday spirit, people.

But all was not lost because I did accomplish one productive thing during my holiday weekend.  I made some reusable chalkboard gift tags.   I would like to share with you how easy they are to make.  Because I am a giver.

I just remembered I actually did two productive things over the weekend. At the recommendation of my mother (who is very smart), I sold some gold jewelry, mostly stuff I had as a kid, to one of those “Cash for Gold” joints and made $310!  THREE HUNDRED AND TEN DOLLARS for a tiny amount of jewelry.  Apparently the price of gold is up.  Am I the last person to know this?  Most of the jewelry was embarrassingly awful.  Evidently, as a young girl I fancied clowns, cats, and ballerinas.  What a lame-o.  But I was also a special friend, #1 daughter, #1 grand-daughter, and a best friend.  Aw, lovable lame-o.

Anyways, back to the gift tags.

I had some chalkboard spray paint left over from the bloody candle holders I made for my Haunted Hussy House Party.   I also had some of those inexpensive little round wooden disk thingies that were left over from some silhouette coasters I made last year (see below), so I decided to turn those extra supplies into reusable gift tags for the holidays.

These gift tags are super easy to make.  All you need, besides the chalkboard spray paint and those little wooden disks (available at most craft stores), is a drill, some chalk, and some ribbon or string. 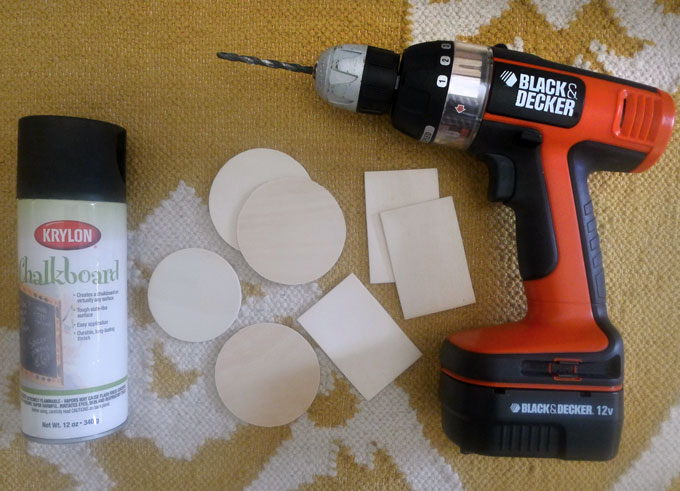 First, drill a hole in each disk, near an edge or a corner.  Next, spray on two to three coats of chalkboard paint to both sides. 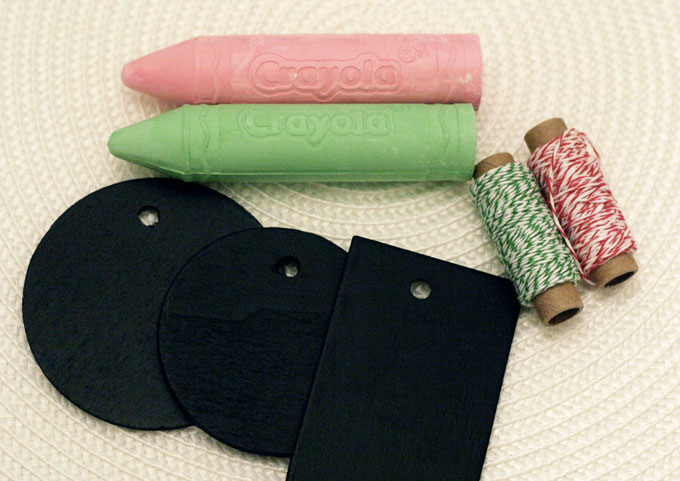 Once the paint dries, tie some string or ribbon through the holes and use the chalk to write or draw whatever your heart desires.

And there you are – reusable gift tags!  I think they are pretty kewl. 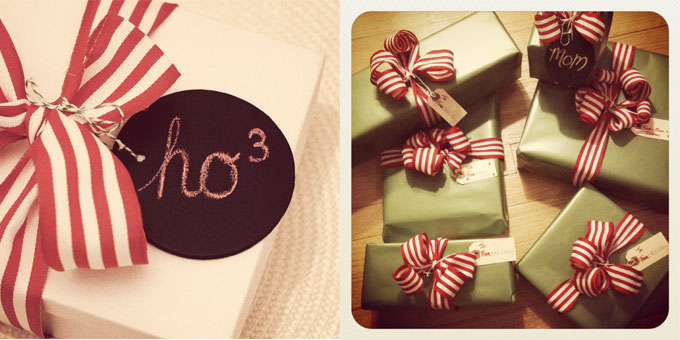 If you don’t want to purchase those little wooden disks, you could always cut out circles or squares from some old cardboard boxes.  Once painted, they would look pretty much the same.  In fact, that would be very earth friendly of you.  I should have done that.

Posted on November 28, 2011 by Tracey
This entry was posted in DIY Projects and tagged chalkboard paint, christmas tags, gift tags. Bookmark the permalink.