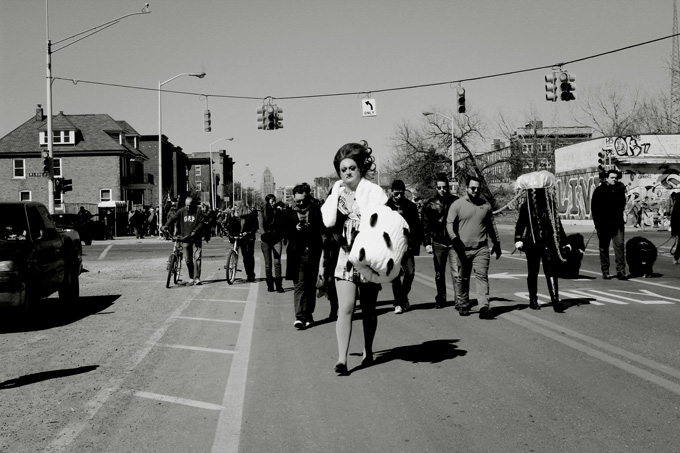 A few weeks ago, I photographed the Marche Du Nain Rouge in Detroit. I had the best time wandering amongst the energized mass of costumed revelers, drag queens, marching bands, and chariots who tracked south down Second Avenue in an effort to chase the evil red dwarf out of the city.

The event is best described in its Facebook bio:

“The idea with the Marche was to tap into Detroit’s rich history and use the Nain Rouge story as a way for Detroiters to come together in common purpose,” said Francis Grunow, co-creator of the Marche. “Of course it’s supposed to be silly and fun, but it’s also supposed to be positive and meaningful.”

The event was reignited in 2010 when 400 Detroiters gathered to continue a lost tradition – to march the Nain Rouge out of Detroit on the Spring Equinox. The carnival-esque festival calls for all Detroiters to don costumes that mask themselves in front of the Nain Rouge and represent the effigy they want to shed.

Here are a few of my photos. 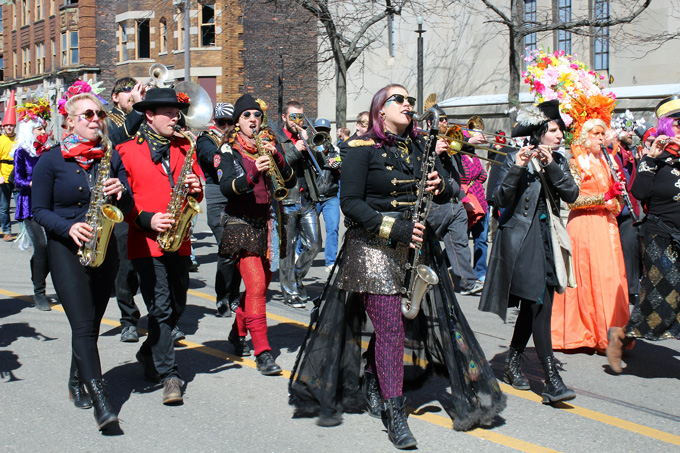 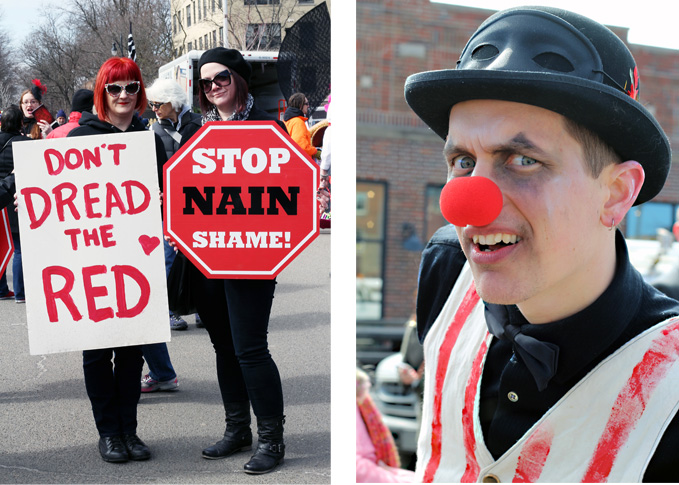 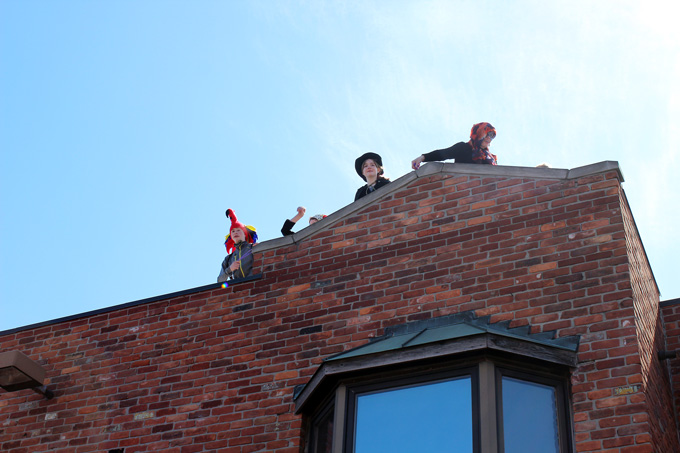 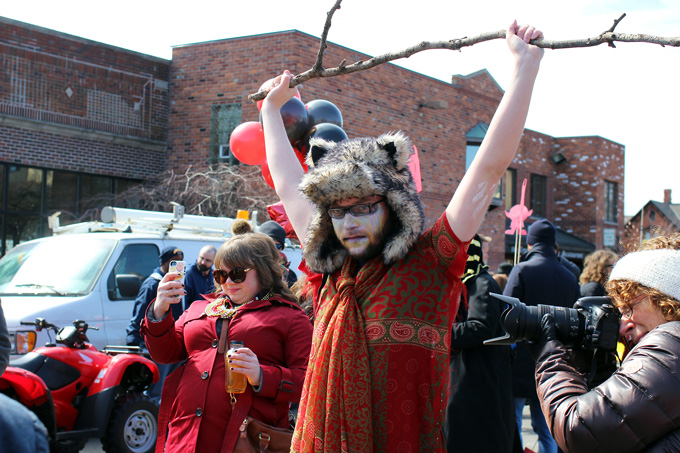 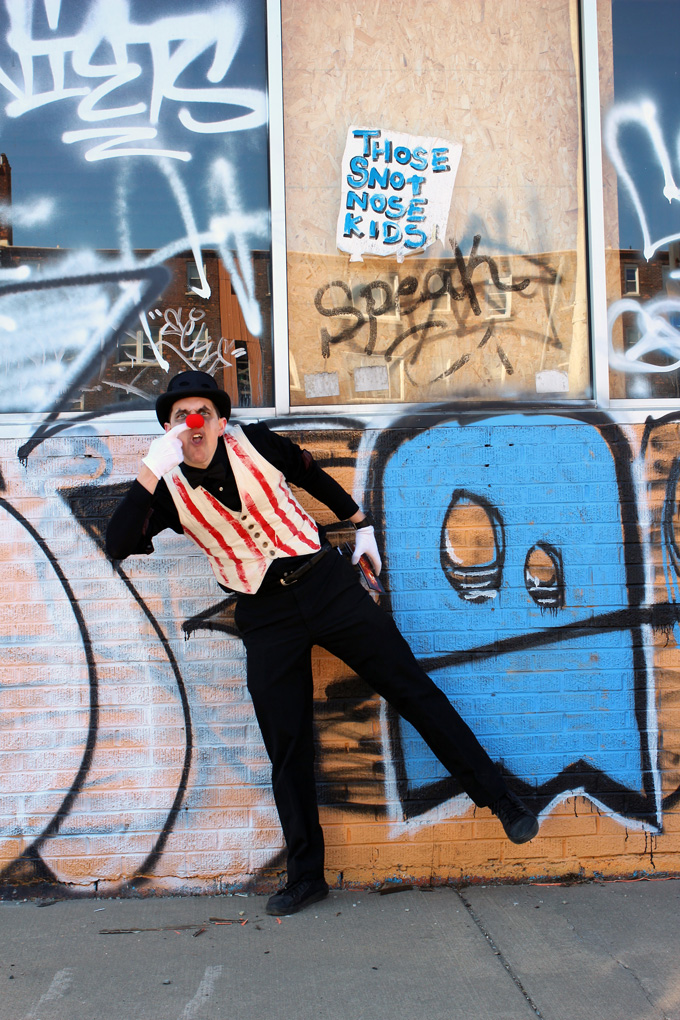 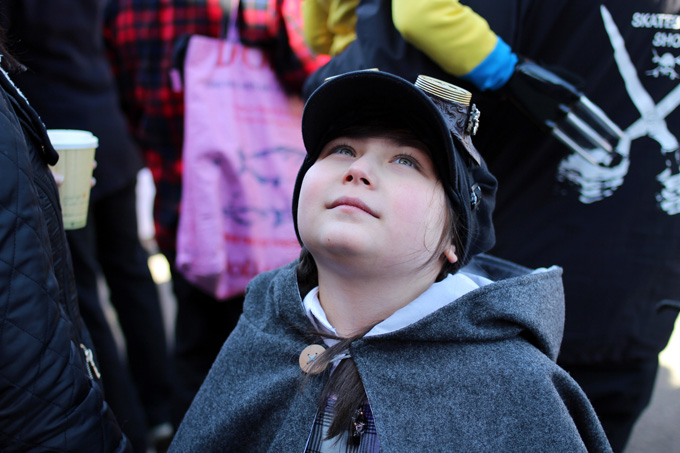 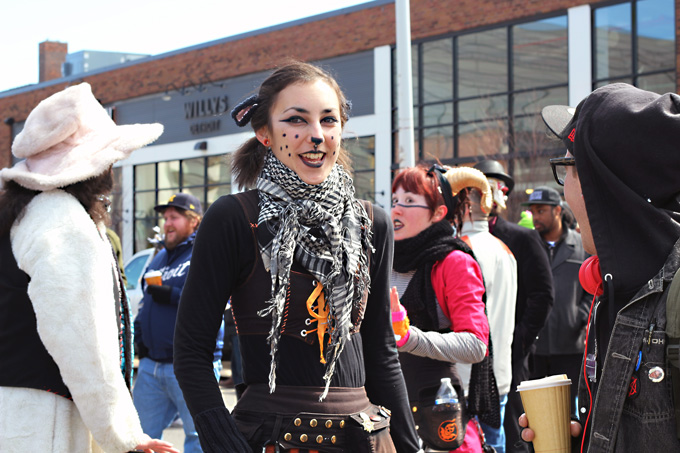 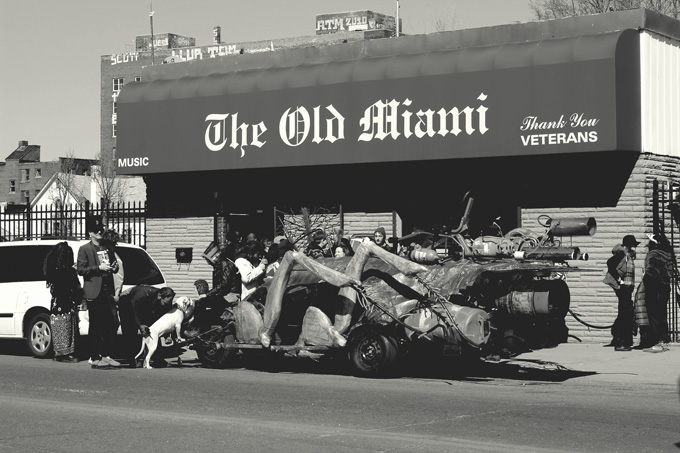